“Right now there are more people on Facebook than there were on the planet 200 years ago,” begins Jason Russell in a very affecting video that has gone viral this week. And Russell hopes to put those people to work to bring a warlord to justice. The video, which is nearly 30 minutes long, targets Joseph Kony, the leader of the fierce guerilla group called the Lord’s Resistance Army. Russell says he saw first hand the brutality of the LRA when he met and befriended children who had been conscripted as soldiers in Kony’s bloody and vicious campaign in the jungles of central Africa. Russell and a team of people with an NGO called Invisible Children made the video to launch a campaign to flush Kony from hiding using the pressure of a world-wide effort to make Kony a household name. Showing interviews with a boy he became friends with (who believes it would be better to die than continue living in misery), and rolling the camera while he tries to explain Kony’s brutality to his precocious son Gavin, Russell makes an emotionally compelling case.

There’s already some blowback on the campaign, here and over at the Washington Post, and a tumblr questioning the NGO’s accountability and tactics. And perhaps their campaign is naive. And maybe the group spends too much money on making films and not enough on the ground. But the web is a snarky place. See the film for yourself and decide.

Seeing the video reminded me of the excellent reporting done by filmmaker and journalist Ed Robbins in South Sudan in 2009. He created three pieces for TIME Video, including this one about a young man named Moses who was abducted by the LRA in Sudan. Though I’ve seen it many times, it still breaks my heart: 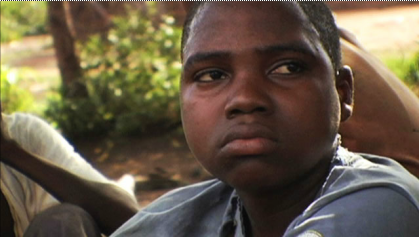 Russell has targeted 20 celebrities and 12 political power brokers to increase awareness about Kony and pressure politicians to act – including continued support of U.S. military assistance to the army in Uganda.

Unbelievably, as reported on Time’s Battleland blog by Ron Capps in October, Rush Limbaugh — who is in hot water this week for remarks he made about a Georgetown coed who testified in Congress in support of health insurance coverage of contraceptives — called for support of Kony and the LRA in a broadcast last fall. He criticized the Obama administration for sending American advisers to Central Africa. It takes guts (or something) to defend Kony. But, if reports are correct, in Limbaugh’s world, the warlord’s alleged atrocities — like cutting off hands, limbs and lips, killing at least 12,000 people and forcing children to kill their own parents — can be ignored because the leader claims to be a Christian fighting Muslims in Sudan. Foreign Policy said Limbaugh’s staff may have gotten that impression from an erroneous website.

No solution to the issues in that region is easy, as blogger Mark Kersten writes here, discussing the complexities of the situation in northern Uganda. And maybe making Kony famous isn’t a solution in itself. But it may lead to one. The video for Russell’s KONY 2012 campaign has already gotten huge play around the web, Facebook and Twitter (with nearly 7 million plays on vimeo today). A major action is planned for April 20th, when activists will blanket as many places as they can with KONY 2012 posters, demanding that Joseph Kony be brought to justice.  Not sure what that will accomplish. And maybe the blowback on the campaign’s viral success will encourage the NGO to fine tune its priorities.

But I think of young Moses in the TIME video. And anything that puts a spotlight on the region and the suffering of boys like him, then I’m all for it.