A couple of people I know worked on a multi-part series that premieres on PBS this week. It’s called Carrier, and production crews spent six months on the USS Nimitz, a nuclear-powered aircraft carrier that deployed to the Persian Gulf in 2005. The editing took two years to complete. Judging from the first two hours which showed last night, it is an extraordinary effort, beautifully shot and well told.

Seeing the amazing imagery in vivid high definition and observing how the producers found characters that represent the various strata of the floating population of 5,000 crowded into a ship 24 stories high, I was reminded of my own experience on aircraft carriers. For CNN, back in December of 2001, I spent a week and a half on the USS John C. Stennis (named for an Alabama senator, the only carrier in the fleet named for a senator, the others are named for presidents, an admiral, a member of the House and the site of the first airplane flight). I produced an hour-long documentary called Carrier at War with correspondent Frank Buckley.

That was my first trip to the Middle East (the US Fifth Fleet, where we caught the flight to the carrier, is based in Bahrain) and my first coverage of the military. As followers of my career know, it would be the first of many.

Several months later, for a documentary on military aircraft called War Birds, I visited the USS Abraham Lincoln, which was first to deploy a squadron of the new class of Navy fighter jets – the F/A-18E Superhornets. For that show, I got shots of carrier landings from a helicopter. I was strapped in a harness, my feet dangling over the Pacific Ocean, as I shot out the open side door of the chopper.

And I also sat next to a sound man who had a fear of flying and threw up on the short COD (carrier on-board delivery) flight and carrier landing, which jerks to a halt when the tail hook grabs the wire.

With several hours to tell the story, Carrier appears to be a comprehensive — but still fascinating and gripping — story of a deployment of one of ten aircraft carriers in the American fleet. I’m looking forward to meeting more of the thousands of the Nimitz crew who support the 4.5 acres of flight deck and the dozens of aircraft of Carrier Air Wing 11. 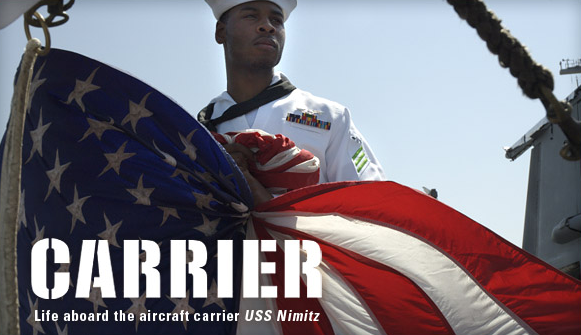 A tiger near my apartment in Palmer Square, Princeton.

My office (the window on the top left) in the attic of the Joseph Henry House. Built in 1837 for the eponymous physicist who was lured to Princeton with a $1000 annual salary and the promise of his own home, the house was constructed to Henry’s specifications. 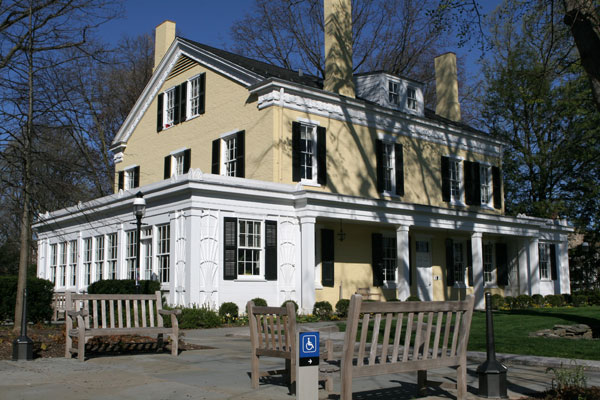 Joseph Henry House has been moved three times over the years, but has been at its current spot — above Nassau street across from Starbucks — since 1946, when it was moved to make room for the Firestone Library. Over the years, the house has primarily been a private residence, but now serves as home to the Council for the Humanities and the seminar room where I teach.

“Have you ever taken pictures of this before?” the security guard asked me just after I pressed the shutter for a photo of this sculpture on the Princeton campus.

“Just one wide shot a few weeks back when it was snowing,” I said. “Why do you ask?”

“Have you seen the nose?”

“Follow me,” he said, and he made his way up a walkway, chatting away. “I tell people whenever I see them taking pictures, because it changes as you walk around this side, and some people miss it. See the nose now?”

“We call it Nixon’s nose,” he said, and wished me a “blessed day” as he continued his rounds.

From this angle, it did resemble a face with a prominent nose. Walk further around it and the face contorts, like the comedy/tragedy masks on a theater facade.

The bronze sculpture is one of a handful of casts of Sir Henry Moore’s “Oval With Points,” and it sits on a lawn next to Princeton’s Nassau Hall. There are other casts of the work in Kew Gardens and the Columbus Museum of Art. I’ve seen several of this British artist and sculptor’s works in my various travels. Most impressive are his large bronze sculptures like this Oval with Points. 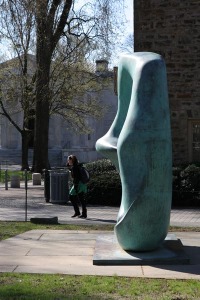 But none of the literature I found about the work confirms whether the protuberance is a proboscis.

Though the sculpture is now roped off to allow the grass to grow back, judging by the areas where the green patina has rubbed away to shiny bronze, it’s clear many hands and buttocks have polished parts of this artwork over the years, as people posed for photos and children played and climbed on it. Just as Henry Moore intended.

But what of the other intentions of this pointed oval, inspired by a dead elephant, appearing like a face?

Is that a nose? Only Moore knows.

And he’s taken the secret with him to the elephant’s graveyard. 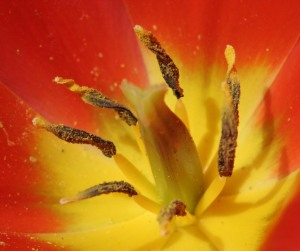 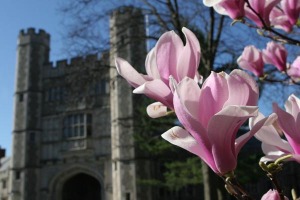 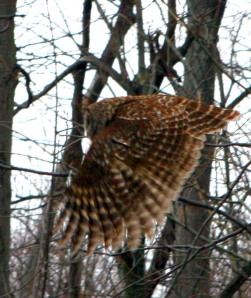 Today, while importing some other photos I took at Princeton’s campus this morning, I discovered this photo of the owl you met the other day.

Here he is, flying away from me and my camera.

I am convinced that my hearing is worse after a year of living in Cairo, and I always thought the decibel level in the city is unhealthy. New York Times bureau chief Michael Slackman has a story in today’s paper that confirms my suspicions.

He quotes an engineer named Mustafa el Sayyid, who helped carry out a study on Cairo’s high decibels: “All of greater Cairo is in the range of unacceptable noise levels from 7 a.m. to 10 p.m.”

To illustrate the story, photographer Shawn Baldwin finds salesmen yelling in one of the city’s crowded markets. Another image highlights the chaos of Cairo’s streets, the traffic with its engines and blaring horns. In that photo, two boys cling to the back of a microbus with rebar on its roof.

Cairo’s overall noise level, according to the article, is like living with a running lawnmower next to you.

No wonder the word for *what* in Egyptian Arabic is “eh?”

While driving from Harrisonburg, Virginia to Washington, DC today, I took the scenic route and caught a glimpse of this marvelous owl on the side of the road on the famous Skyline Drive.