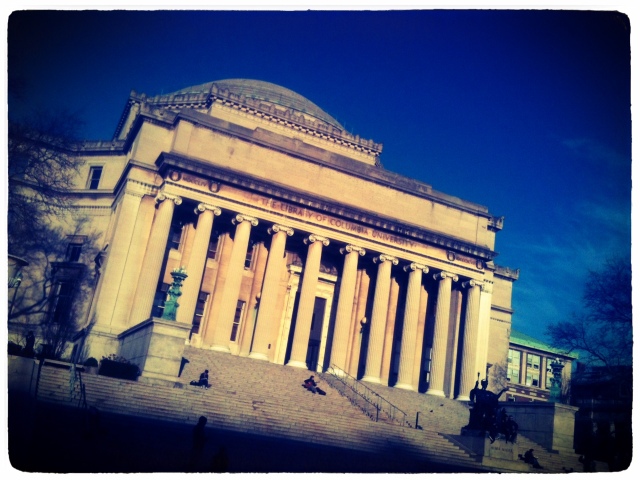 As much as I dislike the crowds coming to gawk at leggy rockettes and see the tree at Rock Center, the neighborhood where I work has its charms this time of year… especially on a misty evening like last night. 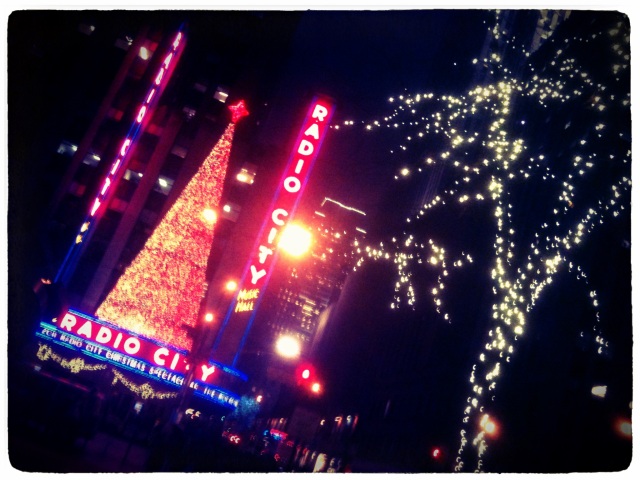 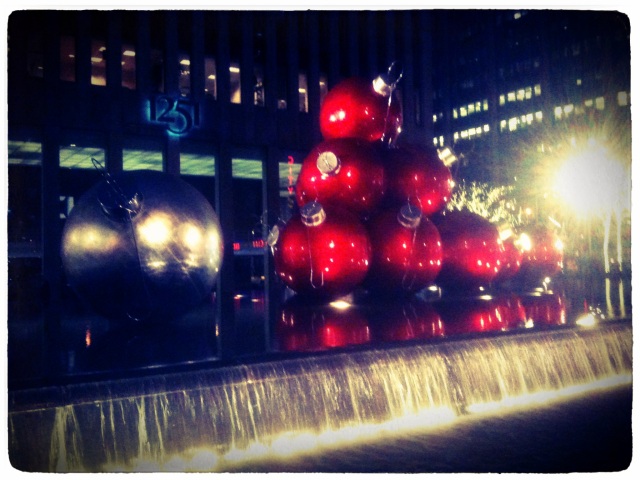 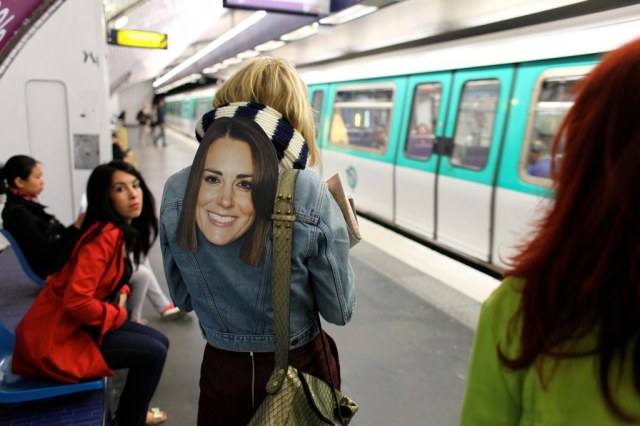 Happy to report that my neighbor has been nominated for a Grammy award. Gowanus-dweller Eric Epstein directed and post-produced a music video for the New Jersey band Memory Tapes, whose new album was released in July. For the track “Yes I Know,” Epstein shot scenes in our neighborhood, and enlisted my President street neighbor Ben Aufill to play the role of “the guy.” It’s up for the Grammy award for best short form music video, along with videos for songs by Adele, OK Go, Skrillex, Radiohead and [ahem] “Weird Al” Yankovic.

Epstein is incredibly gifted at computer generated imagery (CGI), and in this black and white video he turns Ben’s “guy” into an elastic figure, playing literally off the song lyric: “out of everything you’ve ever seen is so much less now.” What begins with the guy revealing see-thru parts — peering through a hole in his hand — builds to disappearing and stretching flesh and ends with him dancing in the kitchen as a corpus of rubbery bands. You can see how he did it here.

Best of luck at the Grammys in February, Eric. Hope you bring home that gramophone. Will be good to see more major award bling in the hood.