Interviewed here by Beet.TV Managing Editor Andy Plesser at the recent Streaming Media East conference, where I was on a panel with Andy and fellow journalists from WSJ.com, NYTimes.com and Newsy. On that panel and in this interview, I make the prediction I’ve been touting lately: As reporters become more comfortable with cameras in their hands, and use hand-held video more and more as a reporting tool, we will reach a point in the not too distant future when video journalism will be indistinguishable from journalism.

Beet.TV: The Future of Journalism will be Ubiquitous Video, TIME.com’s Craig Duff.

What a week. For the first time in its 88-year history, TIME closed three magazine issues in the space of a week (including two special issues on a royal wedding and a recent incident in Pakistan). The multimedia team did several pieces to complement the reporting for the iPad tablet and Time.com. Yesterday, we had our highest number of views ever for a single day, mostly for this animation of U.S. government’s account of the events that led to the death of  Osama bin Laden.

The night that happened (last Sunday), I was nearly ready for bed and sprawled on the sofa watching Game of Thrones on HBO, when I got an email saying there was going to be a presidential announcement and that it was likely about OBL. Before the president spoke, I got dressed and assembled the cameras I had in the house (my palm-sized HDV camera and the brand-spanking-new DSLR Canon). After the president finished his address, I headed out to join the growing crowd at Ground Zero in Manhattan. What I discovered there — even on the subway ride to the site — was a certain amount of frat-party revelry. There were chants and yelps and screams of U.S.A.! U.S.A.!, and the obligatory snippet of the Team America theme song (“Eff-Yeah!”). But I avoided the people wrapped in flags who were orbited by dozens of other media and sought out the less-obvious voices in the crowd. Here’s the result:

While I was there, so was photographer Lauren Fleishman, shooting for TIME with reporter Kayla Webley and photo editor Paul Moakley, who recorded audio interviews with various young revelers crowding the corner of Church and Vesey Streets. This week, Paul and I edited together a multimedia piece, with his audio (and a little bit of mine) paired with Lauren’s beautifully crafted black and white images from the night. That piece is here:

Here’s how I spent last Tuesday night, enjoying the company of many of the influential people named on this year’s TIME 100 list, as well as other notables and previous honorees.

The following morning, I edited together a reel of some of the moments from the gala presentations and performances (including music by Bruno Mars and Sting [pictured above]): 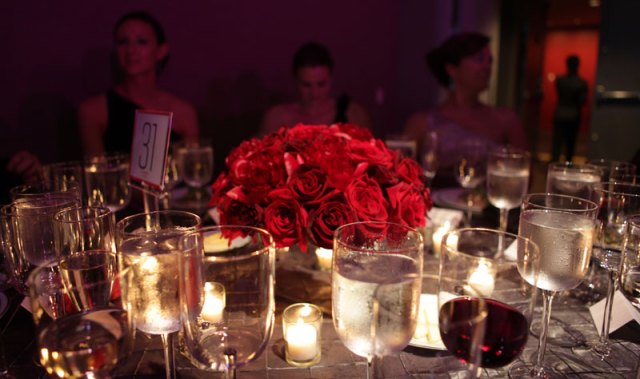