I’m thrilled to say that a video produced, reported, filmed, written and edited by graduate student Mathias Meier has been published by the New York Times. Mathias was awarded a travel grant from the Medill School to travel to Bolivia to report on the legalization of child labor there. He traveled to La Paz for a week and created a first draft of the story with me in an advanced video journalism class in our graduate program.  I was so impressed by the work that I sent the piece to Rich Tanner, a senior producer at the New York Times. I edited a shorter draft Mathias worked on based on his longer piece (which was also nominated for a college award in the Chicago/Midwest Emmys) and then he and Rich continued to fine tune the story over the summer. After a few delays in publication because of breaking news, the story finally ran on Saturday, December 19th, and led the NYTimes home page (a major feat). Mathias has since graduated from our program and is back in his native Chile, working in media and freelancing. Congratulations Mathias. 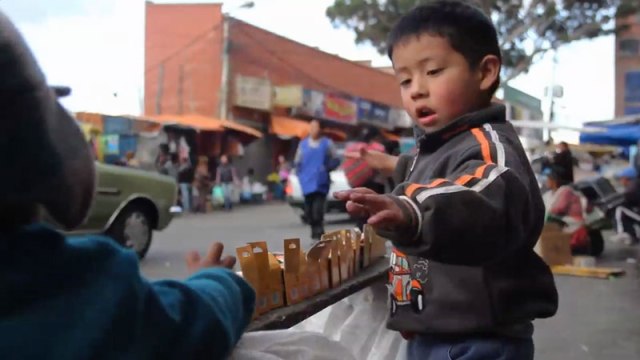